Beautiful seaworld close to the city

The land to the east of Stockholm is broken. It is like a geological puzzle that a child left behind unfinished, the result being an amazing collage of land and water called the Stockholm archipelago.

The widespread archipelago is easy to visit using one of the numerous white passenger boats that depart from the center of Stockholm on a daily basis.

The Stockholm archipelago consists of some 25 000 islands, from large islands to small islets and tiny skerries. The archipelago stretches over an area of more than 3500 km2. It is a beautiful, serene and historically interesting place that you should definitely experience during your Stockholm visit.

The closest island, Fjäderholmarna, is only a thirty minutes boat trip away, so your archipelago adventure does not even have to be a full day commitment. On the other hand, you could easily spend a week out on the islands, hopping from island to island, stating at various hostels, B&Bs, and small cabins. The archipelago has something for everyone.

The Stockholm archipelago is a retreat area that to a large extent must be accessed by boat. This is part of what makes it so special; even though it is close to a town with two million inhabitants, the archipelago remains a deserted area. Most people just do not come out here. There is no traffic.

And yet, boats and buses part every day from the very center of Stockholm. You can take the boats from Nybrokajen and Strandvägen, or take a bus from Slussen and change to a boat further out along the coast (Stavsnäs, Årsta Havsbad etc.)

The archipelago starts in town

Geologically speaking, the Stockholm archipelago can be said to begin already in the very heart of Stockholm. Large and densely populated Lidingö island as well as small and picturesque Fjäderholmarna show fine examples of the typical archipelago nature.

If you want to do the Archipelago Light, paying a visit to Fjäderholmarna is a good choice. Beautiful archipelago environments, interesting seafarer history and an excellent, archipelago inspired kitchen make this minimum package a very good alternative to the real thing. Boats depart from Nybroviken every hour and the trip takes 30 minutes (summer of 2017).

The middle and outer archipelago

If you continue past Fjäderholmarna and Nacka Strand, large and small islands glide by in a never ending succession until you reach the outer skerries almost 70 km further out in the Baltic Sea.

At the start, the islands are mostly green and friendly and scattered with houses. Then they become more and more harsh and adventurous with less and less people.

Getting to the most distant outpost, Svenska Högarna, is not evident at all. It requires a day with very stable weather, and there are no regular trips. If you manage to get there, you enter a select little club.

Nevertheless, you can easily get out to far away islands such as Möja or Utö, where you get a glimpse of the very particular world of the outer archipelago. The light is different. The smell is different. Most days, a merry wind is playing with flags and leaves. Seagulls are everywhere. The sky seems to be blue at all times.

Popular islands in the archipelago

Vaxholm is a small town in the inner parts of the Stockholm archipelago. Often referred to as the capital of the archipelago, Vaxholm acts like the last shred of civilisation before entering the wilderness. Here you can go to the pharmacy, buy a bottle of wine, go to the library, and see a dentist or a doctor.

Vaxholm offers an array of restaurants and cafés, nice little craft boutiques and several ports teeming with boats and people and seagulls.

Here you can visit the old fortress, Vaxholms Fästning, with its heavy ramparts and a fine museum of 500 years’ history of Stockholm’s coastal defence.

Getting to Vaxholm: Most of the archipelago boats pass by Vaxholm about an hour after their departure from town. You can also get to Vaxholm by bus 670 from Stockholm (Tekniska Högskolan), a 45 minute ride.

Note: If you encounter “Waxholm” with a ‘w’, it is the old spelling. It is still being used in some names, such as Waxholmsbolaget, one of the dominating archipelago boat companies.

Grinda is a very popular destination for day trips. It is the next stop after Vaxholm (even though there are plenty of jetties in between), and by now you have truly left civilisation behind. When you put your feet on Grinda, you can honestly claim to have visited the Stockholm archipelago.

Grinda is well suited for long walks in a mixed terrain – over open fields, along forest tracks, and across bare rocks that are being licked by the waves.

Grinda offers good opportunities for sunbathing and having a refreshing swim in the Baltic. You can eat at the elegant Grinda Wärdshus in the old stone house, or at its “back pocket” down by the sea, humorously named “Framfickan”, the front pocket. Here you can eat and drink with style, while observing the sun setting in the sea to the west.

Getting to Grinda: The boat trip to Grinda takes almost two hours, and there are no buses. Definitely no buses. 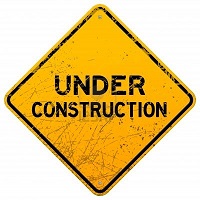 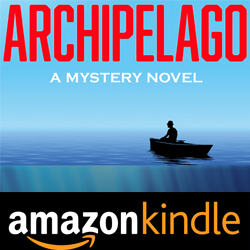 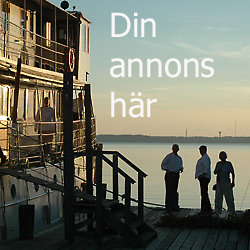